This revolutionary therapy has been adapted and modified for children. Over the last decade, EMDR has been used world wide to help children with a variety of different problems and circumstances. There are hundreds of case reports on the positive effects of EMDR with children. Positive outcomes in the Oklahoma City bombing, Hurricane Andrew, the shootings in Jonesboro, Arkansas, and the tragedy of 9/11 are just a few case examples of EMDR being successfully used with children.

It has been my observation that similar symptoms diminish faster with young children as compared to adults. Children appear more able to undergo rapid change. Perhaps patterns are not set in the same kind of stone that we see with adults. Perhaps due to the child’s age, there has been less time since the onset of the problem. It seems that a trauma, or anxiety or a phobia has had less time to take hold throughout a young person’s mind and body. Whatever our hypothesis, it is significant that EMDR seems to help children move in positive directions. I have found that EMDR is a useful approach with younger, less verbal children. It can be administered therapeutically and can also seem like a game; one played between therapist and child. When children are having fun, they are probably more open to being in a therapist’s office.

Most people have seen a version of the movie depicting Charles Dickens’ Scrooge. In the story, Scrooge’s long dead partner, Marley, appears dragging many chains behind him  representing the weight of his past and makes the statement that Scrooge has forged many more than Marley has. I believe this is a good description of how trauma build up during a lifetime feels to a client.

At first people do not even notice that they are dragging the past with them. In fact, the trauma may not effect them as a trauma at all. The first time someone speaks harshly to them,  they may react by being confused, but then just let it go. If people continue to berate them and maybe even get physical about it, that behavior on the part of other people becomes a chronic trauma for them. Their brain can no longer process it (see post on how the brain processes trauma). So they begin to forge more chains addding to this trauma every time a similar behavior comes their way, even if that behavior is very mild, like a disapproving look. Their brain can no longer process this negative behavior toward them, so it acts like a trigger that sets off the past traumas that resonate with this recent one.

A simple perceived disapproving look from a stranger may result in them feeling bad about themselves. It might even trigger a bout of depression. Most people do not even notice that they have connected to one of their trauma chains. They just know they feel bad.

I have described only one possible chain of trauma. People have multiple trauma chains and after years of living and these chains start to be drag them down. The chains sap their strength –  emotionally and physically. It takes more of your allotted daily energy to live in the past, carrying the chains around. People have less energy available to use in the present. It effects your physical health (more on that in an upcoming post). One may develop symptoms of mental health diagnoses and feel tired all the time. Unless people start to let go of these chains by reprocessing their trauma, they will continue to have less energy to live their lives in the present moment.

How Does Trauma Effect a Brain?

Fortunately with all the brain scans that are available today, there are some strong theories out there about how trauma changes the way the brain works.

Though no one knows for sure, it seems apparent that trauma changes the wiring in the brain. According to Earl Grey, PhD, normally when we take in information through our five senses, it reports to the center (the hippocampus) of our brain for processing. Then it is sent to the thalamus to decide where it needs to be stored. Eventually, from there, information is sent to the front of our brain (the prefrontal cortex) our brain’s filing cabinet. The prefrontal cortex acknowledges a past, present, and future time line. Events can be filed in chronological order. When something overwhelmingly upsetting happens to us, such as in the case of a trauma, the hippocampus becomes unable to handle it. The unprocessed information about the situation is still sent to the thalamus, but this time it is rejected and sent to the primitive brain or reptilian brain, via the hypothalamus basal ganglia, in the back of our heads. Here there is no acknowledgment of a past or future. Everything is happening in the present. The event, the emotions, body sensations and negative beliefs feel as if they are happening now. So we react with a flight, fight or freeze reaction to the upsetting situation.  We want to run away, we stand and fight or we cannot move.

The situation does not get processed properly and we are stuck reliving it over and over. The upsetting event, the emotions and body sensations connected to that event and the negative cognitions that come out of this event all replay involuntarily in the primitive part of the brain. This can look like flashbacks, nightmares or other trauma symptoms that keep us stuck in the traumatic past.

The good news is that this circuit can be rerouted. We know that releasing the emotional connection to the event allows a new neural pathway to be created, from the back of the brain (primitive brain) to the front of the front of the brain (the prefrontal cortex), where the information (data/memory) can be stored in its proper chronological place in the past as is desired. Once this is done, the event is no longer emotionally connected in our brain. We remember it, but the memory will not create and recreate the intense emotional response in us. In other words, through reprocessing the trauma, we can rewire the miss-wired trauma brain.

External Gentle Reprocessing™ is a unique combination of bilateral stimulation, drawing, story telling and positive cognitions which help clients recover from traumas in their lives that have sapped their power. It helps relieve depression, anxiety, nightmares, anger, hyper vigilance, and flashbacks. It is appropriate for children as young as 2 1/2, reluctant teenagers, and fragile clients such as rape victims and war veterans. Results are usually seen in a single session.

Slaying the Monster incorporates the steps of EMDR with a twist – combining bilateral stimulation with drawing, storytelling, and positive cognitions. This technique works for resistant teenagers and adults who tend to dissociate, including DIDs or those who find the standard protocol overwhelming. This unique form of EMDR allows the client to release his target even if he cannot identify it. This workshop will show clinicians how to: 1) identify the step-by-step procedure of Slaying the Monster technique by describing it, demonstrating it and then allowing the clinicians to experience it: 2) demonstrate what to do with clients who are unable to use the standard protocol: and 3) demonstrate through experiential means how this approach reduces presented symptoms. 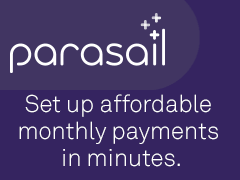 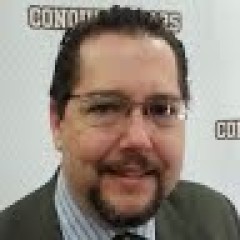 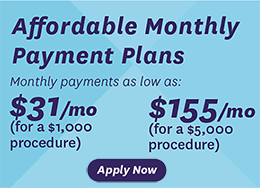