Could EMDR help me?

A growing body of evidence is showing that many psychological conditions, including depression, often start with a stressful or traumatic experience.  We are finding that EMDR Therapy with a Certified EMDR therapist can help significantly with symptoms of PTSD, phobias, depression, anxiety, panic, early and complex adverse experiences in childhood, and much more.  It also has a strong track record for performance enhancement in a wide variety of fields — school, work, business, sales, sports, the arts, and that Most Popular Fear of All Time: public speaking.

EMDR is a treatment, a therapy, that brings desired results in just a few sessions –with very little talking, without the use of drugs, without the use of “homework” between sessions– a treatment that is mainly used to cure PTSD or post traumatic stress disorder –that array of negative feelings of body and mind that plagues and ruins the lives of many soldiers, rape victims, molested children, catastrophe’s survivors and other people who’ve suffered an important shock or trauma in their lives. This PSTD (post traumatic stress disorder) is somehow well known nowadays but for the longest time it was overlooked and for the longest time it was treated without much success or not success at all. And still today many people don’t know of its existence or fail to recognize it in themselves or in their loved ones and are thus unable to seek help for it, let alone take advantage of a cure so incredibly simple and effective as EMDR.

Francine Shapiro happened to notice that when she was disturbed by something she would start feeling better if she moved her eyes. That’s how it all started. She created since then a whole, complex technique that has been adopted by many responsive therapists that, understanding the importance of her discovery and having in mind only the well-being of their patients, have added it to their practice even though by doing it they were acting against the orthodoxy of their own discipline. Although the uses of EMDR to address negative feelings and beliefs are well known, its use in the treatment of addictions and compulsions is far less known and studied and relatively new. Although there are ways of targeting irrational positive affect via EMDR until more recently, there seems not to have been an explanation of why someone might keep going back to the same behavior, over and over, even when the person knows that it is hurting them or others in their life. EMDR is approved as an effective treatment for PTSD by the respected American Psychological Association, American Psychiatric Association, the Veteran’s Administration and almost all insurance companies. Learn more about the transformational Trauma Therapies.

This method was created by EMDR therapists who worked with children in the aftermath a natural disaster in Mexico City in 1998.

The Butterfly Hug is a useful tool but it will not work for everyone every time. If for any reason you begin to feel worse, please stop tapping and try calming yourself down by using any other methods that are available to you.

In the years since the development of EMDR, a number of clinicians have integrated the AIP model and concepts of EMDR in their work with traumatized children. Ricky
Greenwald developed the “Fairy Tale” model, a number of clinicians have independently developed the “Story Book” approach and Diane Claire Spindler Ranata developed the “Slaying the Monster” technique to help young children process their trauma. It can usually be done in one session, and results in an immediate reduction in negative behaviors and an increase in self-confidence and ego strength. It can be used with “children of all ages” and is particularly helpful in working with dissociative clients.

DeTUR™  :An Urge Reduction Protocol in Dealing with Addictions and Dysfunctional Behaviors.

This protocol has been used effectively by EMDR therapists over the years in dealing with a wide range of addictions and behaviors, including substances, eating, gambling, sex, etc.. This presentation will consist of, didactic, visuals, demonstrations of the various phases with case examples from the author and other therapists. and case examples. Also addressed will be some of the many different pitfalls in dealing with this population and methods to deal with the problems.

DeTUR (Desensitization of Triggers and Urge Reprocessing) is an urge reduction protocol used as the nucleus of an overall methodology in the treatment of a wide range of chemical addictions and dysfunctional behaviors. This method was developed and refined by the author by the author through actual client interaction and feedback from other EMDR trained therapists using the same protocol. It was initially introduced as a “stop smoking” protocol at the 1st EMDR conference in 1992.

This eclectic addiction treatment method is trauma based, combining client internal resources with external support including the 12 step model and other known and proven treatment methods as cognitive behavioral therapy, solution focused, Erickson, thought field therapy, Satire, neuro linguistic programming, etc.. The basis or foundation is the accelerated information processing using bi-lateral processing as outlined in EMDR to uncover and process the base trauma(s) or core issues as the underlying cause behind the addiction.

Though somewhat similar to the phases of EMDR, using history, assessment, diagnosis and preparation of the client. DeTUR  targets the triggers that bring up the uncomfortable feelings leading to the urges.  DeTUR phases also include client empowerment through resource accessing, installation of positive treatment goals, identification and desensitization of triggers, and techniques of relapse prevention. The purpose of the protocol is to uncover the core traumas and reprocess them through to completion. In achieving reprocessing the triggers no longer stimulate the need to use or act out and the new response becomes the positive treatment goal of coping and functioning successfully in life as determined by the client.

This site uses Akismet to reduce spam. Learn how your comment data is processed. 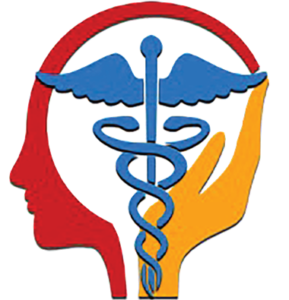